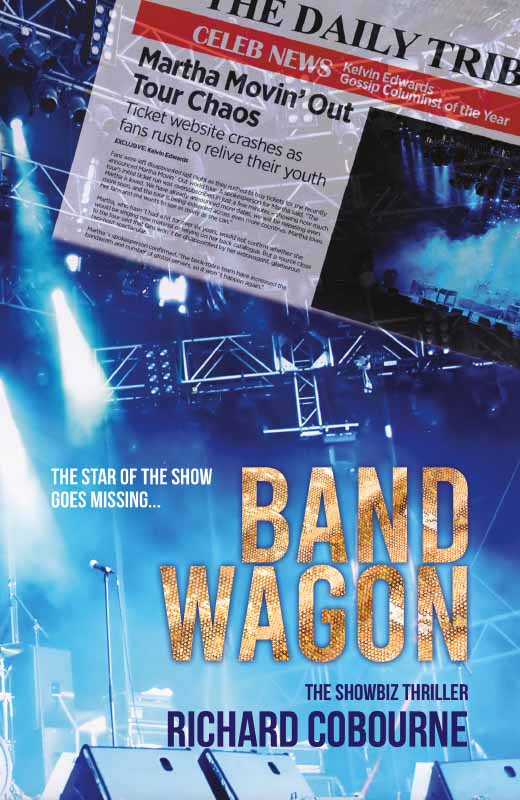 Life hasn’t turned out how Danny Owen expected it to. Formerly an investigative journalist, today a radio reporter reluctantly covering celebrity and the music industry, focusing on glitz, glamour and the gaudy stars.

Danny is offered an exclusive interview with Martha, the star of the forthcoming Martha Movin’ Out tour, but when he arrives at Elstree Studios he discovers that rehearsals are not going well. Not suspicious initially, but then things take a dire turn when he learns that Martha has disappeared. With the concert tour potentially in ruins, Danny and occasional lover Daisy DeVilliers, the tour’s PR, team up beyond the call of duty in an effort to find Martha and rescue the tour.

Soon Danny and Daisy are unwittingly inveigled into the murky world of people smuggling, blackmail and international organised crime. They pick their way through a minefield where one wrong move could not only blow the rescue attempts but could also end their own lives. In a duplicitous world where people show only their best side, trusting the wrong person could be the last thing they ever do. 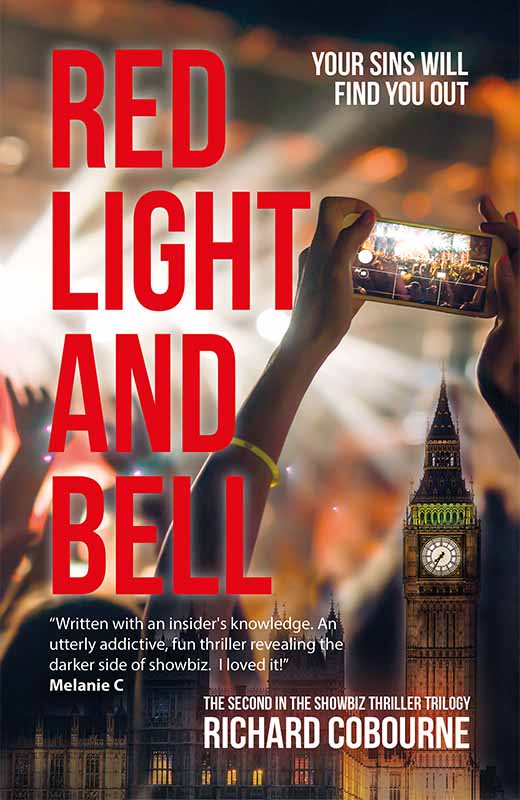 Daisy DeVilliers, celebrity PR, and Danny Owen, former investigative reporter, sit hand-in-hand in the VIP seats enjoying the much-anticipated return of global pop-megastar Martha. Following the kidnapping and dramatic rescue of the star and her sister, neither thought this glamorous night would ever happen. The ecstatic audience are demanding encore-after-encore. Martha is back!

As the final notes die away, there is pandemonium — the policeman seated next to Daisy is assassinated by a sniper. Daisy is covered in blood and gore. Martha is bundled off the stage to safety. The sniper meets a grizzly end macerated by the propellers of the boat on which he was trying to escape.

But why was the policeman killed? Mistaken identity or deliberate act? Who orchestrated the murder and why? Soon Daisy and Danny are forced out of their showbusiness comfort zone into high-level corruption, international organised crime, attempted cover-ups, and governmental chest-stabbing. The tension romps to a climactic political ending with some grizzly detail in between — all too believable with our current politicians and parties.

Featuring more well-informed behind-the-scenes entertainment action — who to trust in the duplicitous world where celebrity, the police, security services, and politics collide? This exciting page-turner takes you far and wide to Elstree Studios, the 02 Arena, the Houses of Parliament, inside the Security Services, and to Bishkek, Kyrgyzstan. 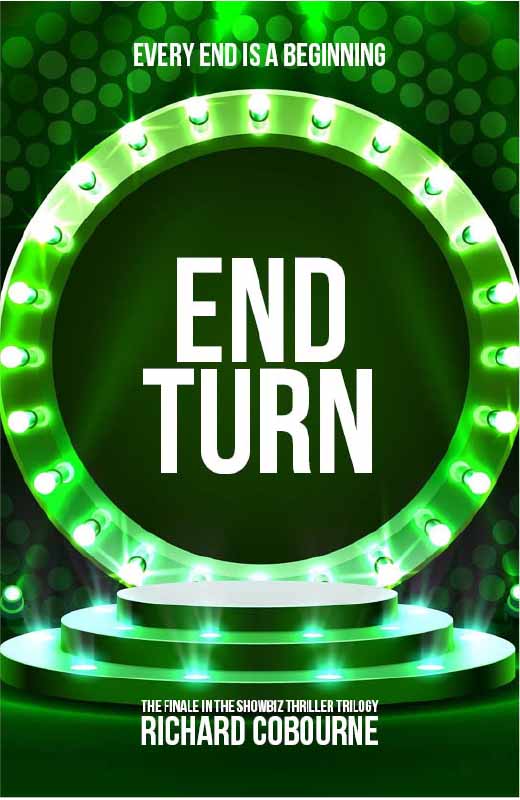 Every end is a beginning.

The thrilling conclusion to the showbiz trilogy.

Will just desserts be served?

Read all about it

This books picks up where the previous volume finishes - Martha is on tour and our heroes Danny and Daisy are there. It was the perfect holiday read for me - I finished it over four days and felt drawn in by the characters and what seemed like very real criminal situations. There’s plenty of drama to keep you interested. I don’t think you need to have read the first book to enjoy this one. I can definitely see this as a film or TV series so get in now and be ahead of the pack. Plenty of twists and turns and feels very rooted in the reality of the music business and how that all works.

Alan Dedicoat (Voice of Strictly): Down Down Deeper and Down.

What was good just got a thousand times better. Where will it end for Daisy and Danny, two characters I actually care about. Cobourne almost knows too much. But how? And why? Unputdownable.

Written with an insider's knowledge, an utterly addictive, fun thriller revealing the darker side of showbiz. I loved it!

This accomplished novel is compelling, and I recommend it highly. An investigative journalist explores the murky side of showbiz in a fast-paced novel that is well-informed, explores topical global crime issues, is gripping and tense, whilst managing to throw in much wit and good humour as well as romance.

I dare you to put this down

Can’t remember when I last devoured a book at such pace. If I had to go anywhere in the house or garden, Bandwagon came with me. I couldn’t let it out of my sight, feeling such a responsibility for the safety and welfare of the good guys and girls, and such fear and contempt for the bad guys.

A look at the murkier side of show business

A great read, romping along through London, Wales, and Europe, giving so much detail that I imagined I was right there with Danny, Daisy and the other characters. A world of the music business, radio, TV, and the high life, all expertly portrayed in a good story.

Like good food, you want to come back for seconds! More Please!

A very enjoyable fast paced read, you will not want to put it down! The technical detail, on The Entertainment Industry is spot on. Having worked in ‘the game’ for some time I understand the pressures. Very well portrayed, and current in its storytelling.

A real page turner. Enjoyed every minute of it

The main characters of Danny and Daisy felt like real people, I loved the interaction between them – and the story couldn’t be more current. It also felt like a good inside look at how these big events by touring artists are actually staged and their relationship with the all-important press. Enjoyable crime thriller with a really human touch.

A great debut novel about the music industry and the ‘circus’ surrounding it. From the off, I knew I was going to enjoy this book. It does flip backwards and forwards to explain the back story… All these stories are essential for the novel to coalesce and they segue seamlessly without detracting from the pace of the novel. It’s a fast-paced book, without feeling rushed and the ending left me wanting more.

Read it in a day! Gripping!

Great book, very well written with plenty of knowledge of the subject matter. Lots of interesting places, scenes, and detail. Very hard to put down!

A great (and authoritative) read – and bang up to date.

What a fun read, full of interesting characters and some details on the work that takes place behind the scenes of a rock concert tour. The book moves at a quick pace which is accomplished in part by the short chapters and the short sentence structure that help the reader increase their reading speed. The intrigue pulls the reader along without relying on unnecessary cliff-hangers and tension to maintain interest in the book. It is easy to read, and the writing encourages the reader to read ‘just one more chapter’ before putting the book down.

International Intrigue with a Rock’n’Roll Backdrop

Bandwagon takes you behind the scenes of the music industry as the Martha Movin’ Out tour heads into its final week of rehearsals with lots of logistics, lingo and a little name dropping. The book moves into thriller territory when Martha herself disappears and several shady characters enter stage left. Danny returns to his investigative reporter roots, and with the help of Daisy, the show’s PR manager, begins digging into real story behind Martha’s disappearance and the Movin’ Out tour.

Started and finished Band Wagon in the week and absolutely loved it. You’ve done such a fantastic job – I can’t believe this is your debut novel. I really connected with your style – especially the intricate attention to detail that so many people gloss over, forgetting that it’s often the small details which help to very powerfully build the world the characters are inhabiting in the reader’s mind. Your extensive research and connections with the industry paid dividends – lending the work an authenticity and helping to ground the fiction in a real-world sense.

Fun thriller set convincingly in the world of showbiz

This is a great fun read, full of lots of well-informed detail about the world of showbiz, clearly written by an insider. The star goes missing, can the show go on? Investigative journalist turned celebrity radio reporter Danny Owen is a likeable and believable lead character, who soon finds himself drawing on his old skills as he struggles to find the star and save the tour, along with the star’s PR Daisy deVilliers. The villains the pair encounter are nastily realistic and keep the suspense ticking over nicely until the last page. Danny likes his smart London clubs and his food and is all the more appealing for that.

Hard to put down!

A great read fast paced and very current. Good twists and turns but with no detail left out. Very easy to read style. Hard to believe it’s a first book, more like one from a seasoned best-selling author. 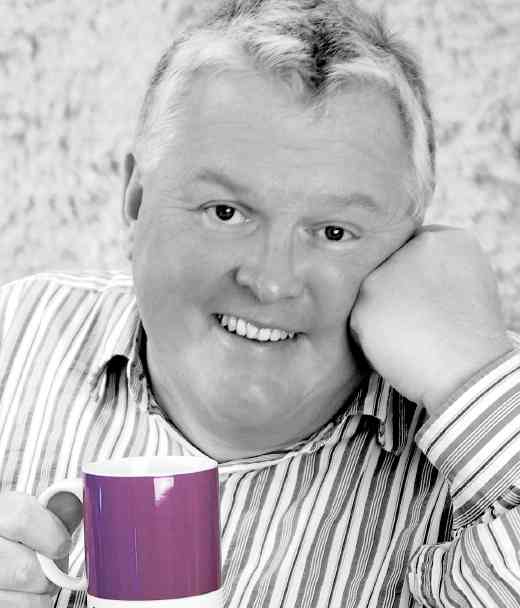 Richard Cobourne writes with a multi-award winning production background in broadcast, corporate, and global events — working with some of the biggest names in the business-of-show all over the world, giving readers a deep understanding of the shenanigans of the industry and celebrity demands.

His career began working for the BBC, initially in the sound department of radio, TV, and outside broadcasts.

In 1990, he co-formed a media production company later sold to pursue a career as a freelance consultant creative producer, voice artist, and to enable him to write full-time.

Richard is a member of The Ivy Club, National Liberal Club, and voting member of BAFTA.

He lives with his wife in the Wye Valley bordering South-East Wales with England, and Fuerteventura in the Canary Islands.